It’s always funny to be asked why news organizations should take infographics, data journalism, and visualization seriously. Didn’t we have this conversation ten or even twenty years ago? It still takes place quite often, though, particularly, when I speak to an audience made of top editors and writers. This has led me to think that many of my dear colleagues simply don’t think about how to present their stories effectively. They just think about how to tell them using words—written or spoken,— which is a quite weird self-imposed constraint. They see design, maps, charts, diagrams, and even photographs and video, as add-ons, as decoration, stuff to make pages and websites prettier. They are dead wrong. Those things are central to the business of journalism nowadays.

Before I proceed to explain why, let me offer some definitions: A data visualization is an interactive presentation of quantitative information intended to allow people to explore complex datasets. Think of the beautiful online maps and charts that many news publications regularly launch after each election period.
An infographic, on the other hand, is a display in which words and visuals —maps and charts, but also diagrams and illustrations— are combined to tell a story, but not necessarily to allow readers to explore the underlying data. The information presented in an infographic isn’t always quantitative and abstract. An infographic can be, for instance, an illustrated explanation of a car accident, or a visual description of why the world economy almost crumbled in 2007-2008.

Both visualization and infographics are closely related to data journalism, a term that has gained some traction recently thanks to news operations such as Nate Silver’s FiveThirtyEight and The New York Times’ The Upshot. Data journalism is not a new phenomenon, of course. It’s being around under other names (“computer assisted reporting”, “precision journalism”, etc.) since the beginning of journalism itself.
Now, why are data, visualization, and infographics so relevant nowadays? Two main reasons.

1. THERE ARE CERTAIN STORIES THAT CANNOT BE TOLD WITHOUT GRAPHICS

Contrary to what many journalist-writers think, words shouldn’t invariably be the main tool we use to tell stories. It’s true that clear writing is correlated to clear thinking, so journalism schools should still invest heavily in excellent writing courses. But that’s not enough. Today, having a good grasp of visual design and data representation can greatly improve the quality of our work. In some cases, a good graphic can clarify a difficult point in a way words can’t, or provide quantitative evidence for an assertion the journalist has made in the copy.

We humans are a visual species, whether we like it or not. Before we developed spoken and written language, we learned to communicate with each other by means of hand gestures, face expressions, and rough drawings. Visual communication is not a lesser kind of communication compared to language, though, but an intrinsic part of who we are. A huge portion of our brains is devoted to processing visual information.

As a consequence, we see patterns and trends in data much more easily when those data are encoded as graphics, rather than when they are presented in textual form. You can test it yourself. Open a spreadsheet of unemployment rates in Germany between June 2013 and June 2014. Now, try to identify the month in which the rate was highest and the month in which it was lowest. After that, try to see, overall, if the trend goes upward or downward. After that, compare October 2013 with May 2014.

Can you do all that? Well, you can, but it’s not easy, isn’t it? You probably have a headache at this point. What I’m asking you to do is something that your brain is quite slow at. I’m presenting textual information to your eye-brain system. Then, I’m forcing you to picture those figures in your brain, to create mental images that let you extract meaning from the data. In other words, I’m making you work to visualize the information in your brain. That takes quite a lot of effort, as your short-term memory gets overloaded by the amount of data points it needs to store. Why didn’t I visualize those data for you in the first place?

Moreover, it’s not just that charts and maps are important to complement written stories. Information graphics can be standalone journalistic pieces in some cases. Think of the many examples of interactive news graphics we’re seeing coming from forward-thinking news organizations such as ProPublica, The New York Times, or The Washington Post. These organizations don’t conceive of information graphics just as complements to copy, as mere decoration or eye candy. In some cases, it is copy that actually complements the graphic, and not the other way around.

2. READERS LIKE DATA AND GRAPHICS WHEN THEY ARE WELL DONE AND PRESENTED

We have some circumstancial evidence for this. Let me give you four examples. First, in 2012, one out of six readers that visited NYTimes.com took a look at Nate Silver’s weblog, FiveThirtyEight, now hosted by ESPN. Silver is a data analyst and a writer, but he presented his blog posts as aggregates of words, spreadsheets, charts, maps, and other varied visual elements.

Second, The New York Times’ most-visited story in 2013 was not a written article. It was a visualization. Third, embedding a picture in an update on Twitter or Facebook increases its readership significantly. Four: Data analysis and visualization are extremely powerful investigative tools. The data journalism team at La Nación, in Costa Rica, helped sent two former presidents of the nation to jail, after its reporters and programmers discovered bribery cases in which they were involved.

News organizations in the U.S. and in Europe have taken notice, and some of them are investing in departments that can create these kinds of products on a regular basis. They are creating interdisciplinary teams made of journalists, designers, artists, programmers, and web developers. If you visit any journalism-related website that has a job posting section, such as Journalismjobs.com or SND.org, it is very likely that you’ll see quite a lot of offers which include words such as “multimedia”, “interaction”, “data”, “design”, and even “Javascript”, “d3” or “Python” (these are scripting languages and libraries.) These techniques and tools aren’t just the domain of geeks and nerds anymore. They can be —I’d actually dare to write “ought to be”— part of the skill set of most professional journalists nowadays. 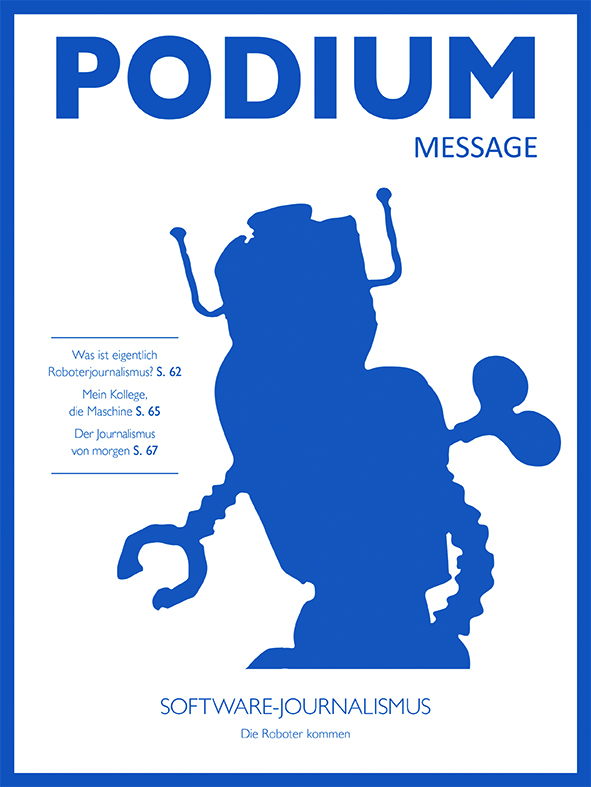