In 1992, during the escalation of the war in Bosnia and Herzegovina, 30-year-old Aida Cerkez was working as an interpreter for the Bosnian Army, helping to deal with foreign journalists covering the war. She had volunteered as a combat soldier, but the new mother was instead drafted for press work because she spoke a little English.

One day a foreign correspondent for the Associated Press asked Cerkez to work full-time for the wire service. After months of surviving on United Nations food aid, the 25 Euros a day was too much to pass up. “That was a fortune. You could buy anything in Sarajevo. But that didn’t matter as much as the milk. The foreigners would bring in food and I had a baby,” she said.

Officially a fixer, Cerkez started with arranging interviews for the hordes of correspondents who came through. Over late-night, candlelit dinners of war rations, she soon came to be a major backgrounding source herself, explaining Bosnia, its cultures, its history, and the twisted roots of the conflict. She, in turn, learned about journalism from veterans of almost a dozen wars. She was becoming a journalist, slowly.

“The airport was usually closed so they couldn’t fly in, so I was the only one on the ground. I was forced to do reporting. I would describe on a satellite phone what was happening. That’s how I started,” Cerkez said.

The AP invested in Cerkez. By late 1993, she was running things in effect. By war’s end she was named bureau chief officially. Now, 20 years later, she is a veteran AP bureau chief in the Balkans and an internationally respected journalist.

Cerkez was lucky. The AP believed in hiring and investing in local journalists. At one point, she had a serious disagreement with an AP correspondent. She went to her desk to pack up, convinced she would be fired. A friend in the wire service sent her an encouraging email saying that when choosing between a good local hire and a staff reporter, the local staff usually won. Sure enough, the next day the AP reporter was recalled. That’s not the way it usually works. Fixer and stringers, local persons hired to help with logistics and to report for news organizations, have long been the dirty little secret of international media work. They frequently do the legwork, drudging checking and document hunting that makes for the big-deal stories for which their international peers get glory, credit and money.

But substantial changes in the news industry have changed the way good news organizations think about foreign journalists. Those changes include the rise of the non-profit journalism, downsizing, danger and security, computer technology and the vast improvement in the quality of international reporting after 25 years of media development and cross-border training News outlets are far more likely today to seek strategic ties with peers in other countries than to send in a foreign correspondent when they are looking for the depth and professionalism needed on complex stories. That is likely to be cheaper and give more authentic coverage.
Old School Stringers

The first international correspondents who stepped foot on foreign soil hired local assistants as aides and handymen. Sir Henry Morton Stanley hired porters as a first step to reporting on the Dark Continent, most famously. Journalists since have hired locals when sent abroad to drive for them, translate and interpret local languages and customs, find people, get information and food . At their best, they are respected local journalists cooperating with their international peers and sharing credit lines and pay. More often, they are a mixture of students, translators and others hired to do menial but crucial work for international media houses or other freelance journalists.

Cerkez said the biggest problem she saw with her colleagues was that their work was used and credited to other journalists. “A lot of people put their names on stories where it was the locals who dug it out, interviewed people and did the reporting. The person who signed it was really an editor,” said Cerkez.

Jackie Spinner, the young reporter the Washington Post made its Baghdad bureau chief at the height of the war, has described in her book about the period how locals found and interviewed people it was too dangerous for Americans to go looking for. She would suggest stories, help write up questions to ask – and get credit from bosses back home.
Sometimes things were worse.

Branko Cecen, now the director of the Center for Investigative Reporting in Belgrade, worked as a fixer during the war in neighboring Bosnia. He remembers a young Danish journalist. “He couldn’t put a single story together, and was expected to turn in one a day. So I stepped in and literally put his stories together entirely, to save his ass. He was quite grateful at the beginning, but slowly started to criticize me and question my stories for him. That didn’t stop him from recording those and he was praised by his editors,” Cecen said.

War though encourages young journalists to take chances they might not otherwise especially when working for international media. Stringers end up paying a high price. This trend has accelerated as budget cuts means more coverage is done by local reporters. In war-torn Syria, 87 percent of the reporters killed since hostilities started have been local and 40 percent are freelancers, according to statistics compiled by the Committee to Protect Journalists. CPJ often classifies stringers as freelance reporters. Those numbers are up from other recent wars zones like Afghanistan and Iraq where about two-thirds of the reporters were foreign and 20 percent were freelance.

Fixers who must live in conflict zones and cannot escape or get a break can take on huge risks when they work for journalists. In 2006 Christian Science Monitor reporter Jill Carroll was kidnapped in Iraq and held for days for ransom – but her 32-year-old interpreter was killed outright in the ambush when she was taken.

In 2007 in Afghanistan, stringer Ajmal Naqshbandi and driver Sayed Agha were escorting Italian journalist Daniele Mastrogiacomo in the Helmand district to interview Taliban leaders when they were taken prisoner. While Mastrogiacomo was released in an exchange for five Taliban prisoners, the offer was refused for the two Afghan assistants, who were beheaded.

A common story told about the Afghanistan war was about a British journalist who sat drunk in a local hotel while locals were hired to cover the war. When copy came in, he edited it and put his name on it. While this has always happened from time to time, the credit, pay and treatment often depended on the professionalism (and ego) of the correspondent and many local journalists were well-paid and credited.

In at least one famous case, enshrined in the book and Movie The Killing Fields the fixer outshone the star journalist, but at a high cost. Sydney Schanberg of the New York Times became extraordinarily close to Cambodia photojournalist Dith Pran while working together on the 1975 Khmer Rouge genocide. Schanberg was allowed to leave the country with other foreigners, but Pran spent four years in prison and torment before Schanberg could manage to get him.

In the heyday of international correspondents, many fixers were hired to assist in foreign correspondence – as distinguished from war reporting. Those days have waned. American and British papers once operated hundreds of bureaus around the globe but according to American Journalism Review, 18 media houses have since shut down bureaus. Media is repackaged from wire services. Increasingly less foreign news, outside of war and conflict, is reported in US and western European countries, studies have indicated. Along with foreign correspondents, stringers are a dying breed.

Instead, stringers are being replaced with local journalism organizations, non-profits, websites and wider spread acceptance of non-national media. BBC, NBC, Al Jazeera and others are increasingly developing ties with local organizations.

Nowhere is this more obvious that in the world of non-profit journalism. According to a recent report from the Washington-based Center for Independent Media Assistance, non-profit media has grown from just a few in the 1980s to more than 300 today. Most of that growth has come in the last five years. At least half the growth has been in emerging or recent democracies.

The Organized Crime and Corruption Reporting Project (OCCRP), Arab Reporters for Investigative Journalism and a host of other non-profit investigative centers around the world have worked with Western media to do stories in hard to reach places. OCCRP has worked with the BBC, Guardian, Time Magazine, the Chicago Tribune, Der Speigel, ARD and others providing reporting, translating and local understanding. Most of OCCRP’s reporters are not students but some of the best local investigative reporters. They work as equals to their international peers and many have won prestigious international awards. OCCRP and Novaya Gazeta reporter Roman Anin was recently named a Knight International Award winner – the second OCCRP reporter to be so honored.

Yet, it’s not uncommon for those in media unfamiliar with the changing world to try to continue hiring local journalists as stringers. This leads to many problems. First, it’s never been a secret that a lot of foreign stories done for a local audience are incomplete.

“If you have lived abroad, you realize that a lot of what is written back home about where you live is pretty bad. You just know some … correspondent came in for a few days and talked to everyone at the embassy and went home. These stories are shallow,” said Rosemary Armao, a veteran journalist who served as editor of the Center for Investigative Reporting (CIN) in Bosnia. Many stringers interviewed for this article agreed.

“Sometimes foreign reporters are not that well prepared for their story,” said Mermia Hrnjic, a CIN reporter who has been a stringer. “I understand that our country is very complicated and hard to understand, but there are some basics that you need to cover before you decide to write anything about Bosnia.”

In finding records, getting sources to talk and understanding the subtleties of a culture, local journalists will always be better. “In the old days, you couldn’t always trust a local journalist if you didn’t know their background and politics. It was safer to go to the embassy to get a quote. But nowadays, there are good organizations with track records and standards have changed. It makes no sense to send a foreign correspondent to do what locals are already in place and doing,” said Armao. “There is no competition. If you have a strong local person who understands the problem, and if you are a foreign journalist, you have no chance of catching up to that person,” Cerkez said. 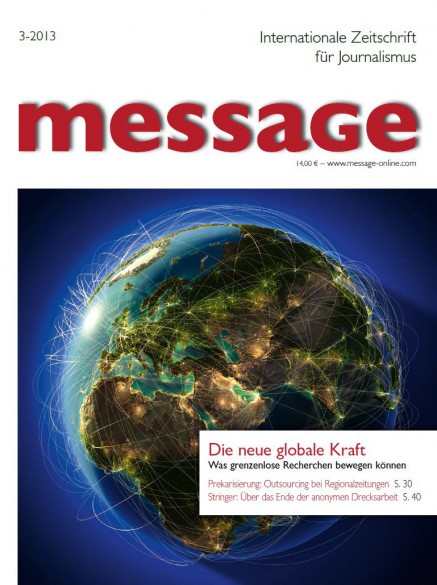 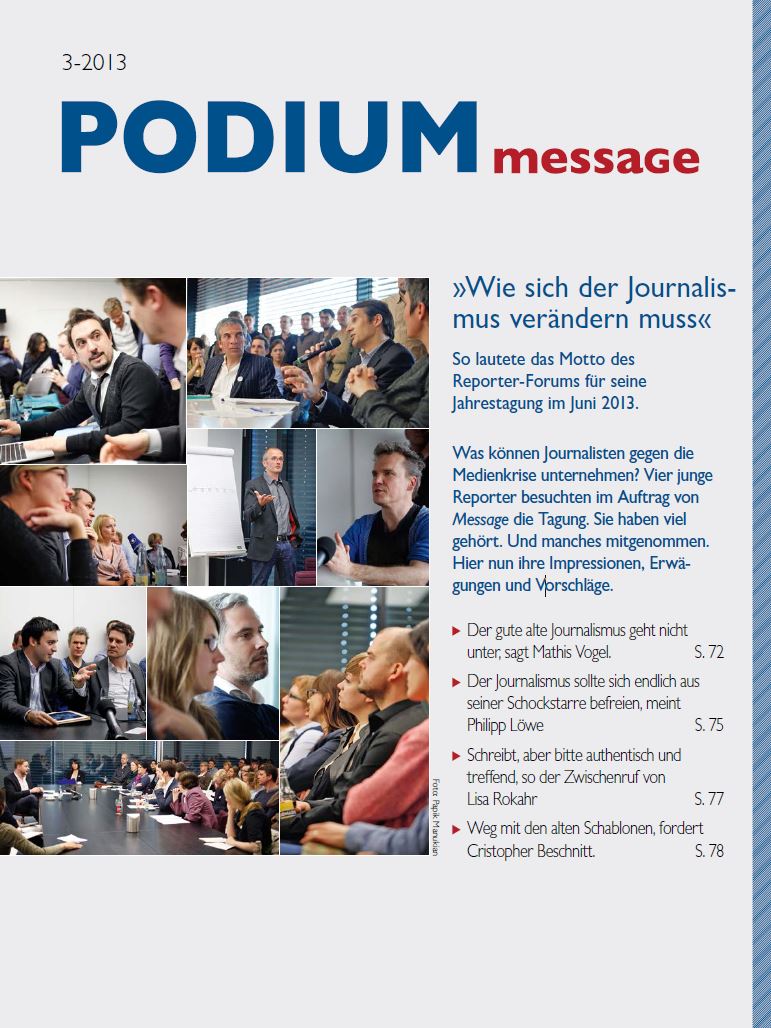